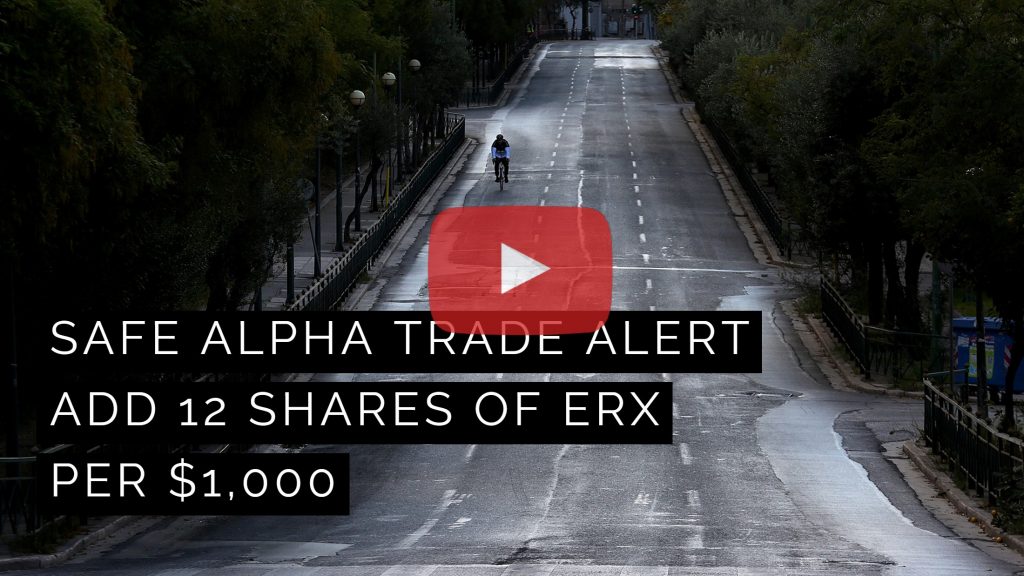 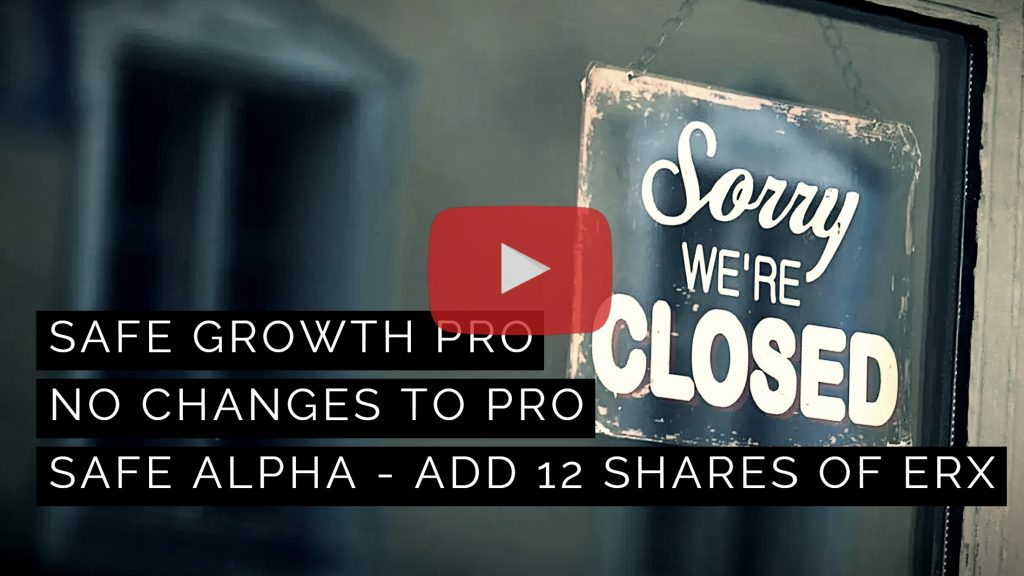 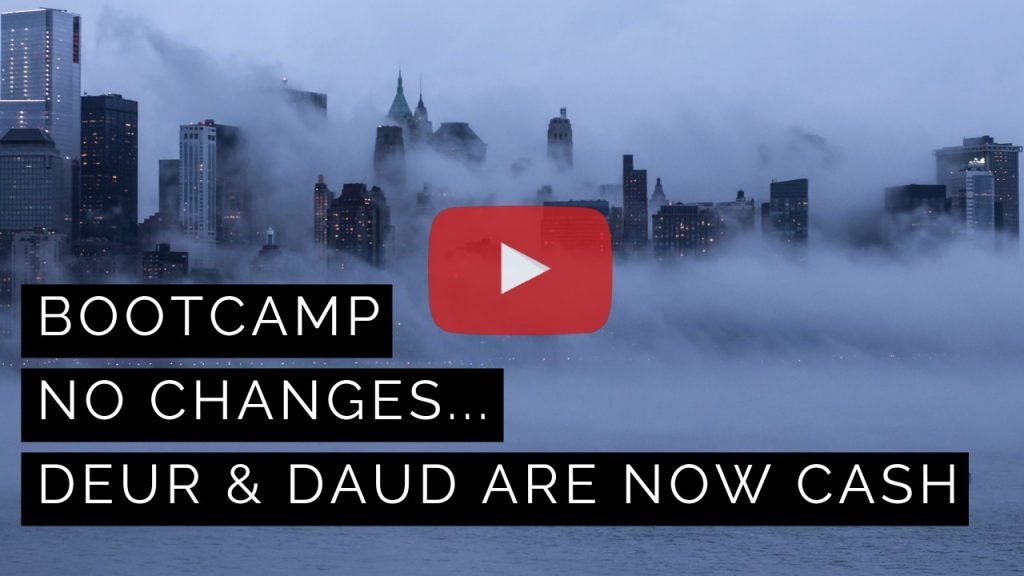 No Changes, Your DEUR and DAUD are Now in Cash

Stimulus May Close This Week, No Changes

No Changes Until Stimulus Deal Closes

You do not have access to our Pro alerts and updates.

Back on May 4, in its then-latest estimate of Marketable Borrowings the US Treasury shocked markets when it unveiled that in the April-June quarter it would borrow a humongous $2.999 trillion, exponentially higher than what it had expected to borrow during the quarter in its previous estimate in February when it forecast a $56 billion decline in debt. And while the projected debt number stunned the market, it barely registered on the price or yield of US Treasurys for the simple reason that just weeks earlier the Fed announced it would monetize all gross debt issuance for the US when it unveiled Unlimited QE, something it has been doing since.

This massive surge in debt issuance would also result in a far higher Treasury cash balance which would be used to pre-fund various fiscal stimulus programs, and as the chart below shows, that’s precisely what happened with the Treasury cash balance exploding from $400BN at the end of March to an record high just above $1.7 trillion currently, an amount that is just waiting to be spent as soon as Congress gives the green light.

In retrospect the cash surge was too much: in fact, more than double what the Treasury had expected on May 4. While the Treasury had forecast a $3 trillion increase in marketable borrowing for the quarter ending June 30, it also expected the cash balance to grow to $800 billion on that same date (shown highlighted in yellow on the table below).

The Indians are seeing 60,000 Chinese soldiers on their northern border,” Secretary of State Michael Pompeo ominously warned on Friday.

He spelled out what he meant to commentator Larry O’Connor:

“The Chinese have now begun to amass huge forces against India in the north. … They absolutely need the United States to be their ally and partner in this fight.”

Pompeo had just returned from a Tokyo gathering of foreign ministers from the Quadrilateral Security Dialogue, or “Quad,” the group of four democracies — U.S., Japan, Australia, India — whose purpose is to discuss major Indo-Pacific geostrategic issues.

Exactly what kind of “ally and partner” the U.S. is to be “in the fight” between India and China over disputed terrain in the Himalayan Mountains was left unexplained. We have no vital interest in where the Line of Control between the most populous nations on earth should lie that would justify U.S. military involvement with a world power like China.

And the idea that Japan, whose territorial quarrel with China is over the tiny Senkaku Islands in the East China Sea, thousands of miles away, would take sides in a Himalayan India-China conflict also seems ludicrous.

Yet, tensions are rising between the U.S. and China, as the list of ideological, political and economic clashes continues to lengthen.

And there is a transparent new reality: China seems in no mood to back down.

Rickards: We Destroyed The World’s Greatest Economy For No Reason

But, the expectation was that we’d have a V-shaped recovery with a sharp bounce-back in the third quarter, a reopening of closed businesses, rehiring of the unemployed and a rising stock market.

But so far, the economy is not following the script laid out for it by the politicians and experts.

The stock market did rally, but that was mainly because the stock index components are heavily weighted to companies least affected by the pandemic including Amazon, Apple, Netflix, Alphabet (Google), Facebook and Microsoft.

Even at that, stocks have been struggling since hitting new highs on September 2.

And yes, there was growth in the third-quarter (the best estimate is that the economy will grow at about a 35% annualized rate, but we won’t have official figures until October 29).

The 35% third-quarter recovery was to be expected as Americans got back to work after the lockdown. That 35% rate might sound like the third quarter will basically make up for the second quarter, but it won’t.

Schweizer, appearing on Breitbart News Saturday on SiriusXM 125 the Patriot Channel, said that former Hunter Biden business partner Bevan Cooney provided 26,000 emails to him—the first of which were published late last week in a Breitbart News exclusive investigation by Schweizer and author Seamus Bruner. Cooney is currently serving a sentence in federal prison due to his conviction over financial deals he made connected to Hunter Biden and his other partner Devon Archer. Archer, who was also convicted by a jury in federal court, saw his conviction vacated by a federal judge. That conviction was later—just a couple weeks ago—reinstated by an appellate court, which overruled the lower court judge’s decision to vacate it. Archer awaits sentencing.

Does This Explain Why Facebook Was So Quick To Suppress Hunter Biden Revelations?

The moment the New York Post reported on some of the sleazy, corrupt details contained on Hunter Biden’s hard drive, Twitter and Facebook, the social media giants most closely connected to the way Americans exchange political information, went into overdrive to suppress the information and protect Joe Biden. In the case of Facebook, though, perhaps one of those protectors was, in fact, protecting herself.

The person currently in charge of Facebook’s election integrity program is Anna Makanju. That name probably doesn’t mean a lot to you, but it should mean a lot – and in a comforting way — to Joe Biden.

Before ending up at Facebook, Makanju was a nonresident Senior Fellow at the Atlantic Council. The Atlantic Council is an ostensibly non-partisan think tank that deals with international affairs. In fact, it’s a decidedly partisan organization.

In 2009, James L. Jones, the Atlantic Council’s chairman left the organization to be President Obama’s National Security Advisor. Susan Rice, Richard Holbrooke, Eric Shinseki, Anne-Marie Slaughter, Chuck Hagel, and Brent Scowcroft also were all affiliated with the Atlantic Council before they ended up in the Obama administration.

The Atlantic Council has received massive amounts of foreign funding over the years. Here’s one that should interest everyone: Burisma Holdings donated $300,000 dollars to the Atlantic Council, over the course of three consecutive years, beginning in 2016. The information below may explain why it began paying that money to the Council.

Not only was the Atlantic Council sending people into the Obama-Biden administration, but it was also serving as an outside advisor. And that gets us back to Anna Makanju, the person heading Facebook’s misleadingly titled “election integrity program.”

You do not have access to our Pro alerts and updates.

Any testimonials we’ve collected were not compensated but should not be considered average or typical results. For every profit advertised there may have been equal losses by other clients. These results may not be typical, and your performance, if any, will vary depending upon many factors which include, but are not limited to, how closely you follow the recommendations, the price you paid/received, and commissions paid. There is also risk you will not make any money at all or could even lose money. In the event that a customer does not provide us with a usable picture or video/audio of themselves, the testimony presented are Actual Testimonials from our Customers but may be a represented by a stock photo or recorded by a third party. Testimonials may be edited for clarity or brevity. No one has been paid to share their stories.

Upon starting your free trial to Portfolio Builder you agree to receive text messages and phone calls from our team to help you follow the trading plan. We will never sell or share your personal information.