Jeff Gundlach Predicts Election And Stock Market Plus Much More!

JEG Interview Election and the Markets

China’s State of Affairs: Why They Will Avoid Crisis by Any Means (w/ Mike Green & Chris Balding)

DoubleLine: The Pandora’s Box Of Fed’s Digital Currency Will Ignite An “Inflationary Conflagration”

We most recently described the Fed’s stealthy plan to deposit digital dollars to “each American” during the next crisis as a unprecedented monetary overhaul, but more importantly, a truly stealthy one: to be sure, there has barely been any media coverage of what may soon be a money transfer by the Fed – a direct stimulus to any and all Americans – in an attempt to spark inflation after years of losing the war with deflation.

That’s why we were happy to read that none other than Jeff Gundlach’s DoubleLine, one of the highest profile asset managers today, published a paper authored by fixed income portolio manager Bill Campbell exposing what it called “The Pandora’s Box of Central Bank Digital Currencies”, in which it echoed our claims, writing that “such a mechanism could open veritable floodgates of liquidity into the consumer economy and accelerate the rate of inflation. While central banks have been trying without success to increase inflation for the past decade, the temptation to put CBDCs into effect might be very strong among policymakers. However, CBDCs would not only inject liquidity into the economy but also could accelerate the velocity of money. That one-two punch could bring about far more inflation than central bankers bargain for.”

On The Destruction Of The World Economy By The Central Banks

For years, we have been warning about dire consequences if central banks continue to meddle in the economy and financial markets. In December 2013, we wrote

There is a serious possibility that the measures taken by the central banks have already created a situation in which their actions increase rather than decrease financial instability. This is due to the fact that, if the actual price of an asset does not meet its market–based value, the true level of risk is not properly revealed.

During the “Coronavirus rescue” by the major central banks from March through June of this year, we essentially ran down the clock. No viable paths remain to escape the vicious feedback loop between central banks and financial markets – at least without serious repercussions.

Over the years, central banks have created conditions where prices in capital markets—and by implication, the resulting capital allocation structure—have become distorted to a previously unimaginable degree.

This has resulted in three extremely troublesome fragilities at the heart of the world economy.

Power of the Purse

Debate at the Constitutional Convention centered on two issues. The first was to ensure that the executive would not spend money without congressional authorization. The second concerned the roles the House and Senate would play in setting fiscal policy.

At the Convention, the framers considered the extent to which the Senate—like the House of Lords—should be limited in its consideration of budget bills. The provision was part of a compromise between the large and small states. Smaller states, which would be over-represented in the Senate, would concede the power to originate money bills to the House, where states with larger populations would have greater control. Speaking in favor of the provision, Benjamin Franklin of Pennsylvania said, “It was a maxim that those who feel, can best judge. This end would . . . be best attained, if money affairs were to be confined to the immediate representatives of the people.” The provision in the committee’s report to the Convention was adopted, five to three, with three states divided on the question. The Convention reconsidered the matter over the course of two months, but the provision was finally adopted, nine to two, in September 1787.

The constitutional provision making Congress the ultimate authority on government spending passed with far less debate. The framers were unanimous that Congress, as the representatives of the people, should be in control of public funds—not the President or executive branch agencies. This strongly-held belief was rooted in the framers’ experiences with England, where the king had wide latitude over spending once the money had been raised.

Despite “Craving For Normalcy”, Here Are Nine Reasons Why Trump May Still Win

The candidate was the Republican Warren G. Harding and the date was May 14, 1920. Six months later, Harding won a landslide victory over the Democratic nominee, James M. Cox, winning 60% of the popular vote and 404 Electoral College votes.

A return to normalcy: It’s an appealing prospect today, too, amid an ongoing pandemic, in the wake of an unprecedented economic shock, and after four years of political disruption. A century ago, to be sure, Americans had come through worse: the 1918-19 Spanish influenza, which killed around 675,000 people (the equivalent of 2.2 million today), and World War I.

A century ago, there was no incumbent to defeat, as Woodrow Wilson – having been struck down by the flu during the 1919 Paris peace negotiations and then by a severe stroke – was judged by his party to be unfit to run. (It remains to be seen if President Donald Trump’s admission to hospital for Covid-19 presages a premature exit for him.) But the parallel with today is still striking. In the so-called Red Scare of 1919-20, the country had been swept by strikes, protests and race riots. A severe recession had begun in January 1920. By November, what most Americans craved was indeed normalcy.

I have been thinking a lot about the election of 1920 in trying to predict that of 2020. Four years ago, chastened and educated by the experience of Brexit, I felt that Trump had at least an even chance of winning the presidency. Recall that in the week before the Nov. 8, 2016, the left-wing Daily Kos website put Hillary Clinton’s chances of winning the presidency at nearly 90%. According to The Upshot in the New York Times, the number was 85%. Betfair said 79%. Nate Silver said 65%.

Kissinger Warns: China-US Must Agree To “Limits” On Making Threats Or Risk War

Two major and relatable statements have been issued Wednesday on the question of US ties with Taiwan and China’s growing anger and increasingly bellicose rhetoric in response.

First, the notoriously hawkish editor-in-chief of China’s state-owned news tabloid the Global Times issued a threat, saying China should “fully prepare itself for war” with Taiwan in the event it restores diplomatic relations with the United States.

Hu Xijin wrote in his latest opinion piece that “We must no longer hold any more illusions. The only way forward is for the mainland to fully prepare itself for war and to give Taiwan secessionist forces a decisive punishment at any time.”

During Thursday morning’s weekly press conference, Nancy Pelosi ominously told reporters that she would have more to say about the 25th amendment on Friday morning.

Now, we know what she was talking about. In an email to Congressional reporters, Pelosi advised them of a press briefing that will be held at 1015ET on Friday to introduce a new bill called the Commission on Presidential Capacity to Discharge the Powers and Duties of Office Act.

Pelosi will hold the briefing alongside Maryland Congressman Jamie Raskin.

The legislation would create a Commission on Presidential Capacity to Discharge the Powers and Duties of Office.

The exact function of the commission is unclear, but we suspect that, if it were to pass, the body would be responsible for making recommendations to the administration about whether power should be transferred to the Vice President via either Section 3 or Section 4 of the 25th amendment.

Trump was less than pleased with Pelosi’s comments about the 25th amendment from earlier and slammed “Crazy Nancy” as “the one who should be under observation”.

One dominating factor could delay the confirmation of Amy Coney Barrett for the Supreme Court: coronavirus

1) One dominating factor could delay the confirmation of Amy Coney Barrett for the Supreme Court: coronavirus.

With Election Day less than a month away, we look at which party will likely control the White House, Senate and House in 2020… and what to watch for on Election Night.

Currently, the major polls give former Vice President Biden more than a 9-point lead nationally against President Trump – according to RealClearPolitics National Average.

And the Predictit markets imply a 67% probability of Biden winning on November 3rd. Additionally, those markets suggest that Democrats will win both the Senate and House (66% and 88% probabilities, respectively). Quite simply, it appears that a Blue Wave is fast approaching, something which the market has not only priced in, but has successfully digested as a favorable narrative for risk assets.

It would be easy to simply close the books and call the November contest over. But, of course, the major polls were all wrong in 2016; notably about the presidential race. 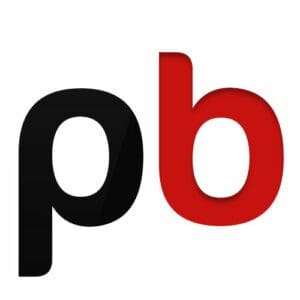 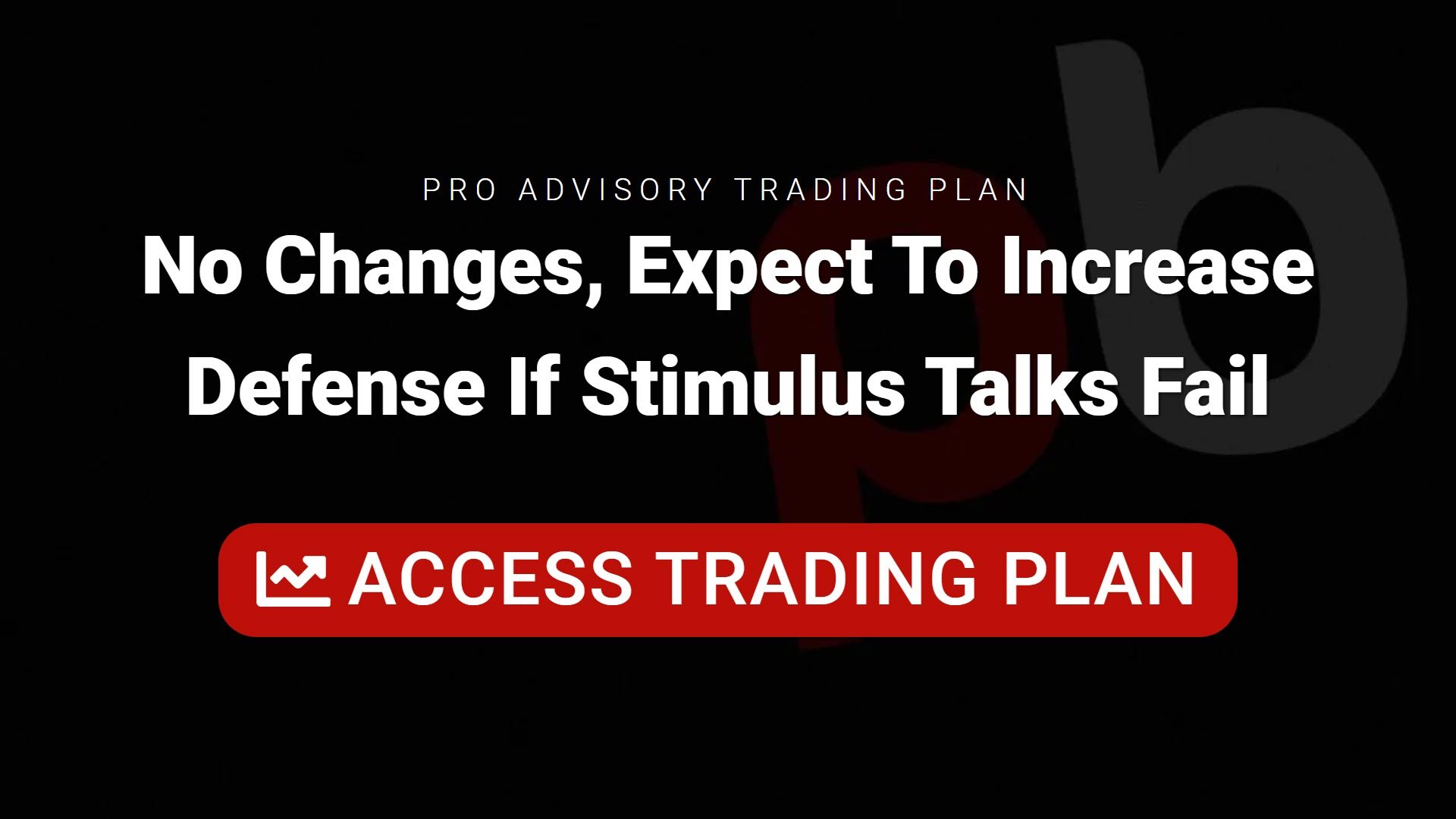 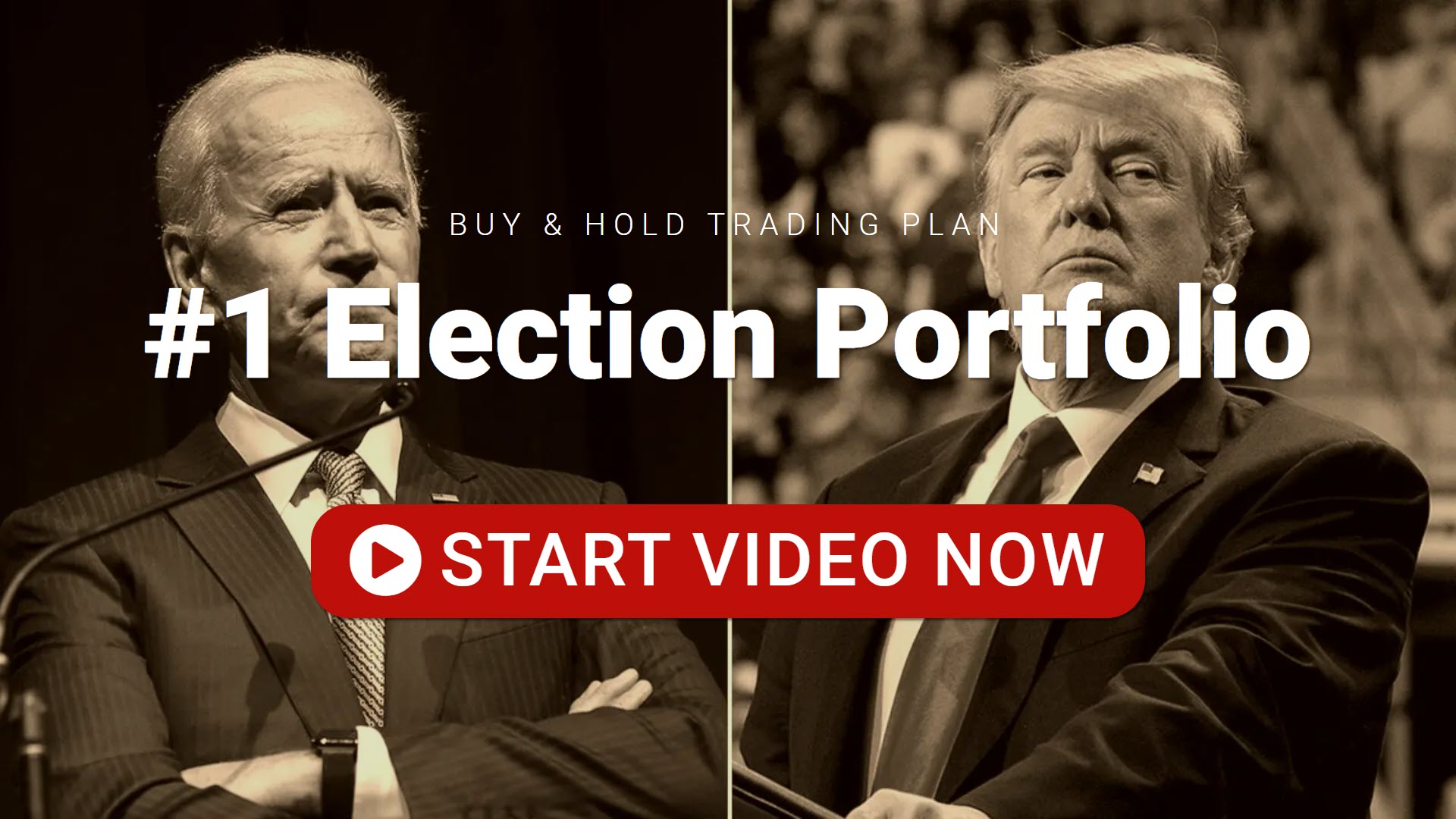 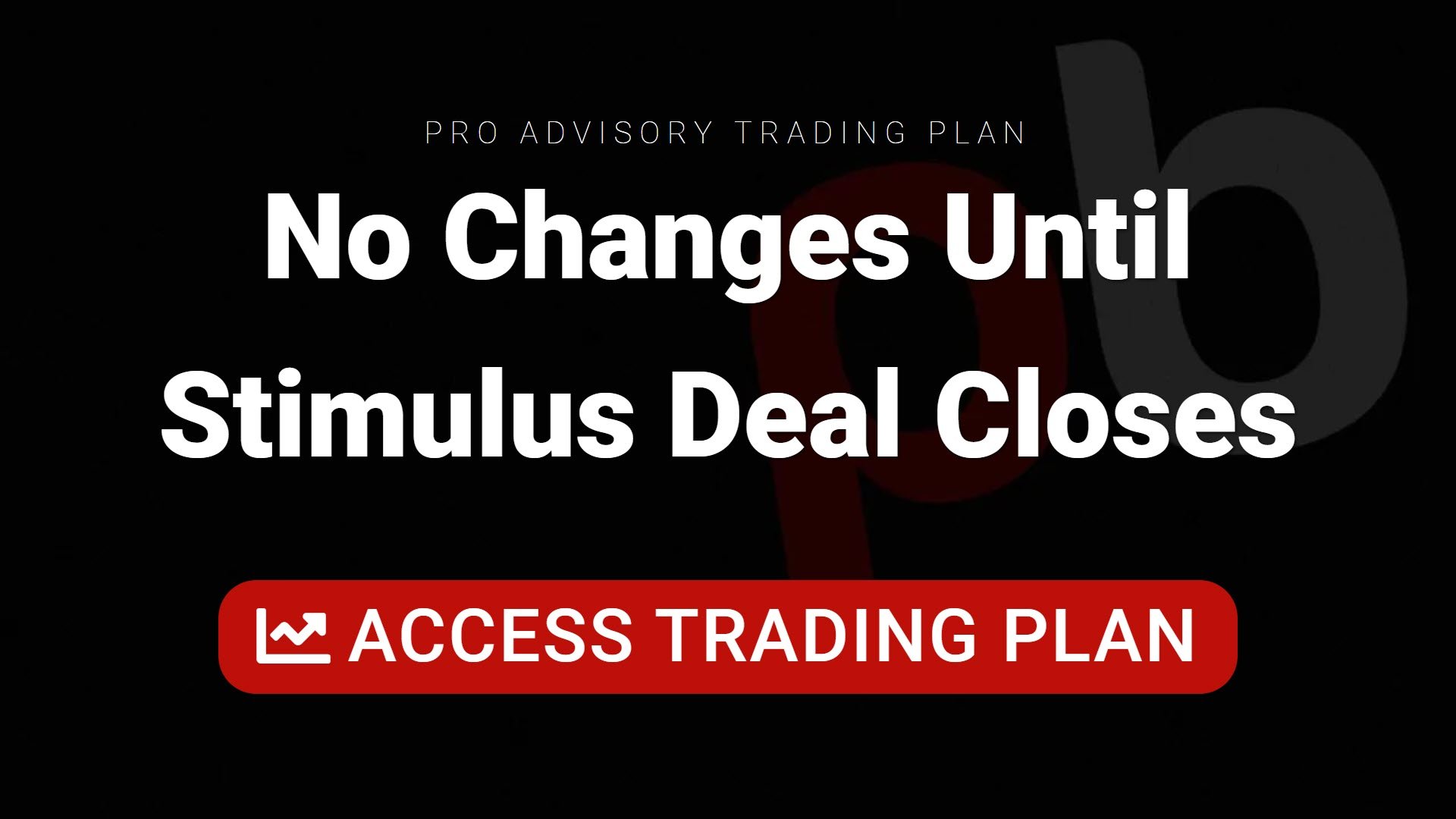 No Changes, Running Out of Time For Stimulus 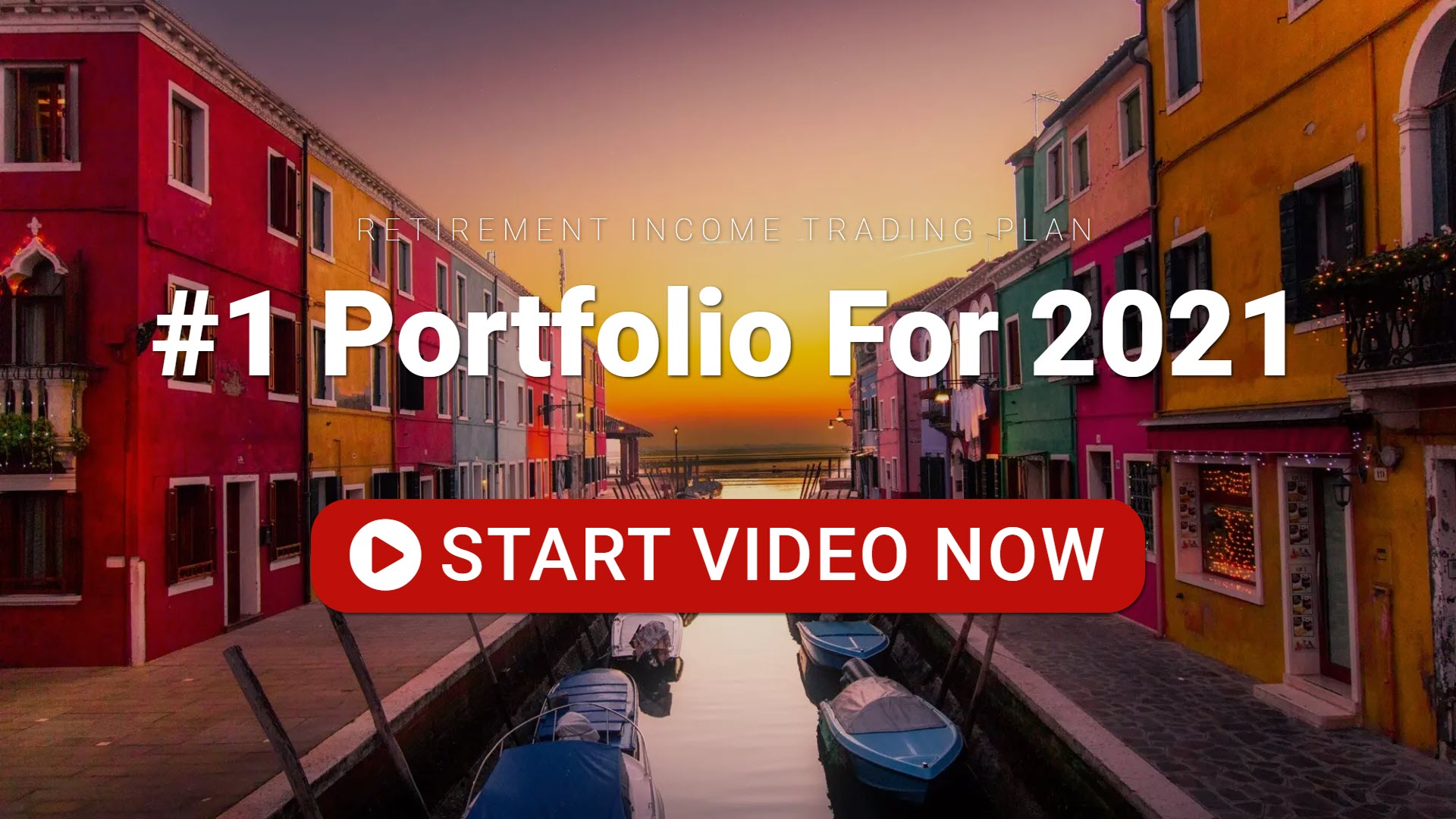 No Changes Until Stimulus Deal Closes

Any testimonials we’ve collected were not compensated but should not be considered average or typical results. For every profit advertised there may have been equal losses by other clients. These results may not be typical, and your performance, if any, will vary depending upon many factors which include, but are not limited to, how closely you follow the recommendations, the price you paid/received, and commissions paid. There is also risk you will not make any money at all or could even lose money. In the event that a customer does not provide us with a usable picture or video/audio of themselves, the testimony presented are Actual Testimonials from our Customers but may be a represented by a stock photo or recorded by a third party. Testimonials may be edited for clarity or brevity. No one has been paid to share their stories.

Upon starting your free trial to Portfolio Builder you agree to receive text messages and phone calls from our team to help you follow the trading plan. We will never sell or share your personal information.